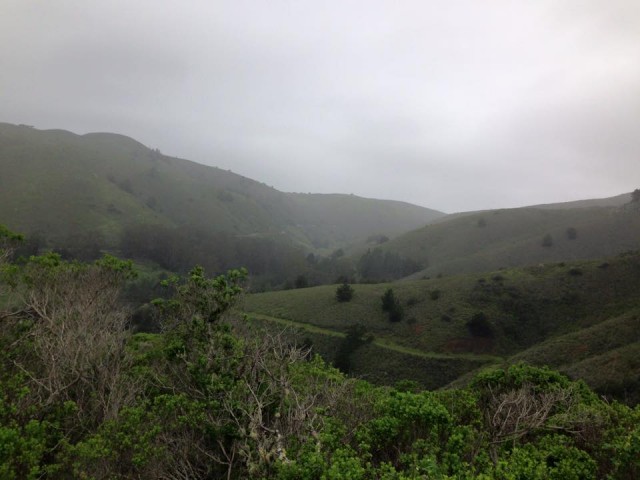 The Marin Ultra Challenge 50K race occurred on Saturday, March 12, 2016.  The day started out calm without rain.  As the day went on, the rain came off and on, starting with drizzles then sometimes a good downpour.  The terrain was full of mud puddles from the storm that week, and the wind… the gusty wind just blew me away.

I have never ran/ participated in a race with this kind of tough weather conditions before.  The closest one would be the Los Angeles Marathon (a road race) in March 2011, where all runners, including me, faced wet, windy, and cold conditions on that stadium-to-the-sea course route.  But that LAM race does not even come close to my experience last Saturday when I ran MUC50km.  The course itself was already challenging, with approximately 6,000 feet of total elevation gain, over 31 miles of muddy trails in the mountains around the Golden Gate National Park, in Mill Valley, California.  To top it all off, as mentioned, there were tough weather conditions.  That was probably the only race where I was not jealous at all that I didn’t get to run the longer distance of 50 miles – I was glad to be done after 31 miles (50 km).

The race started at 6 AM, with no rain, and it was a surprisingly balmy morning.  I had my headlamp on but didn’t need it because it was almost dawn and the sun was starting to rise.  In addition, everyone else’s headlamp was lighting up the way.  The race started at Rodeo Beach in the Golden Gate National Recreational Area.  The first 5 miles was a loop that went up then down, then back towards the start.  It was when we started climbing up Coastal Trail when the rain started – off and on.  I didn’t mind the rain at all, it was very refreshing and I was properly dressed for this run (I checked the weather ahead of time and it said there would be a chance of rain as the day went on).

As we crossed mud puddles, at first, I tried to tiptoe around it or lightly walk over it.  Later on, I just ran through it, noticing that having good balance (and a good core) helps keep me upright while running through it.  The muddy terrain actually ended up being so nice and soft that it didn’t put much pressure on my feet and knees – I usually tape up my knees but this time, I didn’t.

The course, as I mentioned, was very hilly.  Luckily though for me, on the 50km distance, we didn’t have to climb up Willow Camp which was another 1,000 feet climb over 1.5 miles.  Nonetheless, the 50km still had its own challenges with the climbs.

Nutrition for me went well; I ate my Probars  every 2 hrs, munching on it in between aid stations.  I also drank the Tailwind hydration drink at the aid stations, since I forgot my Osmo (I keep on forgetting to bring my own electrolytes but have been lucky to have no troubles so far with taking the race’s drinks).  I also ate the snacks at the aid stations.  I tried to minimize time at the aid stations, just to practice for Miwok as well.  However, given that I had my monthly visitor, I had to visit the bathroom twice, at Muir Beach (going out and coming back – we stopped at the aid station twice).  Lucky for me there were real bathrooms there.  That didn’t take too much time, probably 5 minutes each visit.

The tough parts of the race for me was when the winds started picking up.  It came from every direction – headwind, tailwind, crosswind…   When I was running in the upper ridge areas, where there was just the mountain on my left (or right), then a cliff, on a single track trail, strong gusts of wind pushed me towards the mountain.  It was around noon-ish or later when the wind started picking up.  Each time the gust came by, I got blown towards the mountain.  In some cases, I had to hold on to the small bush at the side of the mountain, I was scared that the cross wind would change directions and push me off the mountain.  It didn’t, the wind always went the right direction which was to push me to the mountain’s side.  This slowed me down, I think because I cannot move, or I got scared to move each time a gust would blow.  In some areas, maybe around climbing Green Gulch, there was some tailwind which really helped push me up the hill.  Sometimes I was struggling so bad in the wind, I yelled at Mother Nature, then it was returned with an even stronger gust from the side, like someone pushing me around.  I never thought that this kind of wind can lift a person off the ground – it felt like it almost did it to me.  Lesson learned: do not fight with Mother Nature.

When I arrived at Tennessee Valley aid station, there were about 5.7 miles to go, and I said I didn’t want to face the wind anymore.  The lady at the aid station assured me that the mountains will block the wind.  Well, I just needed to climb up Marincello, around a 2-mile climb that is still pretty steep but not like Willow Camp, then go through some downhills and rollers to the finish.  She was not quite correct.  There was still some gusty wind.  But I persevered.  I just kept thinking to power through those last few miles then I will be done.  And power through I did.  I finished the 50km race in 7 hours 6 minutes.

In summary, this race can be described as 31 miles on a hilly, muddy, rainy, and windy day.

Did I mention how windy it was? ;) 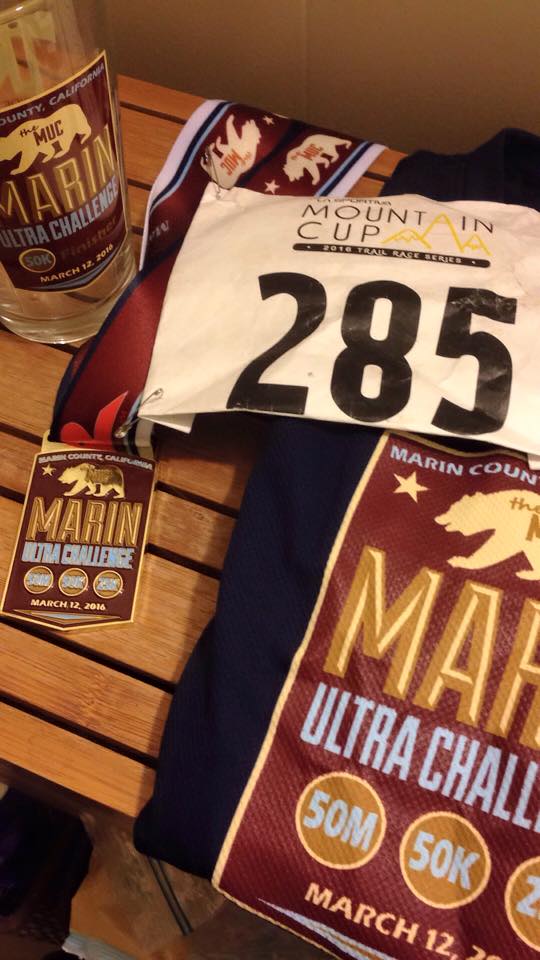