The race was actually the Ironman 70.3 Santa Cruz.  It was my younger sister, Raciel’s, first half-ironman distance, so I decided to do the race as my only 70.3 for the year.  Ever since my very first 70.3 distance tri, I decided to do one each year.  I feel that I trained well, I even went to the race course, swam in the ocean, ran on part of the course, and rode the section of the bike course from Davenport to Gazos Creek, specifically to see how it was like to ride on the windy road on Swanton road.  I did Tri Santa Cruz Olympic distance, to practice racing then running through transition (it was the same transition as IMSC race).  I was not a big of Santa Cruz, partly because it was so far for me (well relatively far).  I did enjoy the Aquathlon at Big Kahuna, which was also held in Santa Cruz, when the race was not yet owned by Ironman; I did a 1.2 mile swim around the pier and 10k run.  So on this race, I ended up swimming and biking part of the course, then something happened and I decided to just DNF (status of “did not finish”).  Here’s how that day happened.

On that IMSC race day, I was nervous, although I always felt that way at the start of a triathlon race (not so much on running races).  Something felt off, but I thought it was just nerves.  I have done two of these distances before, so I knew what to expect.  I was on the same age group and swim wave as my sister, so we started our race at the same time.  We had an early wave start for the swim, maybe the third or fourth wave.  It was cold.  I am not a fast swimmer, but in one practice swim, I completed 1.2 miles in 45 minutes.  On race day, I did the swim in 53 minutes.  I checked my Garmin data afterwards and saw that I was swimming crooked, and measured a longer swim distance.  But all was still well, I had my old pair of running shoes staged by the swim finish area, with some food and water.  So I stripped down my wetsuit half-way, ate some of the bar while walking and drink water, then when done, I slowly ran and made my way through the .3 mile pathway from the swim exit into the transition area.

As I entered transition, I noticed there were still quite a lot of bikes in the other aisles; so I knew I will be passed but figured I’d have to hold my line on the bike and stay to the right.  As I maneuvered through the course and onto highway 1, I was focusing on the road ahead of me, making sure I stay as far right as I can, so the fast cyclists can pass me.  And they did.  I am not the fastest cyclist, but not the slowest neither.  There were some rollers on highway 1.  I checked my Garmin data and saw that at one point my maximum speed was 30 mph!  That is a good fast one for me!  After passing mile 10 marker, it hit me.  It happened so fast.  A cyclist on a red/black TT bike, with a white Rudy Project aero helmet (the one with a pointy back end) came from behind and collided with me, hitting my bike from the side, then took us both down to the ground.  It happened so fast, even faster than I can type the sequence of the events here.  The next thing I knew, I was on the ground, staring at the weeds from the side of the road.  Then I thought, Oh, so this is how it is like to crash.  I have never been on a bike crash, because I have been very careful with riding, and I don’t go fast while descending.  My biggest fear on the bike is descending on steep windy hills, and crashing.  So there I was, on the ground.  I sat up, moved my limbs to make sure nothing is broken.  The guy who hit me apologized, he knew he was at fault.  He was wearing a sleeveless tri top (I didn’t get the color of his tri shorts or bottoms), tanned, but definitely a white guy, aged between 45 to 55.  I also didn’t get his race #, I was in shock so I didn’t know what to do.  But I didn’t black-out, I was just on the ground.  Finally, a cop came to check on us.  The guy was okay as well, nothing broken as he stood up right away.  He fixed his bike chains, then off he went to continue the race.  I, on the other hand, was still feeling like a wreck, I couldn’t make a decision.  The cop asked if he wants me to call an ambulance, I said no, because that would cost too much.  So he said he would call the race organizers’ SAG car.  (It is a support car on the course that will help any athlete that gets a flat, or need technical assistance).  At that point, I was freezing cold, I couldn’t feel my feet, I decided to give up on the race and ride back with the SAG car to the medical tent, back near the transition/ finish line area.  Then my race was over, I did not finish (DNF).  I swam 1.2 miles then rode 10.5 miles.  The medical tent called my older sister, who was spectating and serving as Sherpa, and I was picked up then cleaned up back at the hotel.

We went back out on the course, to watch my younger sister, Raciel, finish her bike, then get onto the run.  I was in pain, bruised all over, but I can walk, so I went out back to the course, all cleaned up, and was actually happy that I was done for the day.  I cheered on my other SVTC teammates, and my sister, standing and sitting since I was getting tired.  At the finish line, I did feel a little jealousy when the finishers were crossing the line.  I first had regrets that I didn’t continue, but then deep inside I felt that it was probably for the better.

The next day, I woke up with a bad headache, I thought maybe it was the wine or beer the night before.  The next day I had a headache again.  Few days later, I had my scheduled annual health check with the doctor, so at that visit I mentioned that I recently was in a bike collision.  The doctor checked out my bruises, they were hematoma.  She checked my eyes, I had a concussion.

I also took my bike to a Specialized Bikes dealer, to check it out, because I know the rear fork, which is carbon fiber, seems to be damaged.  It is damaged, can be repaired, but will cost about $400 for the repair.  Specialized Bikes have a crash discount, so if I buy my exact same bike but newer version, it will cost $875 with the discount.  I will have to think about this, as I am not in a hurry to get a new bike.

A week later, as I am writing this blog, my bruises are healing and starting to feel better (except the left elbow bruise, which still hurts when I accidentally bump it).  There are not so much headaches, but I get some mild dizziness (but it could be pre-existing, before the crash I get this feeling when I do sudden movements).  My big takeaway from this experience is I know now how it feels like to crash, so I do not have to fear it, and that I still have to be aware of other cyclists around me, as they may not be paying attention. In addition, I was lucky that the results of the crash was not too bad, I was not badly hurt.  In addition,  I can only control my own skills, abilities, and ride, but need to remember that there are those other athletes and people out there, no matter how much of an elite or seasoned athlete, they can still make mistakes. 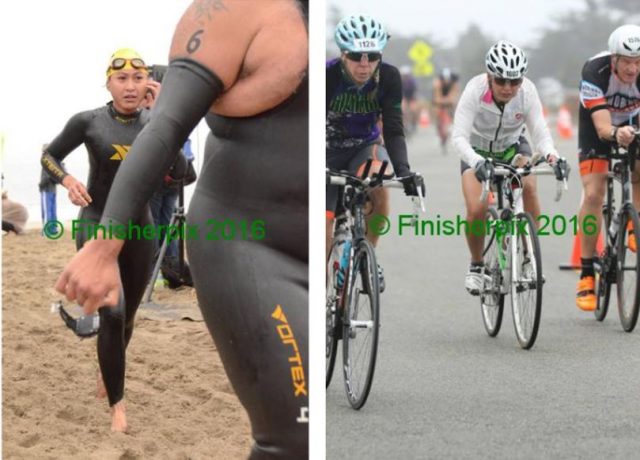